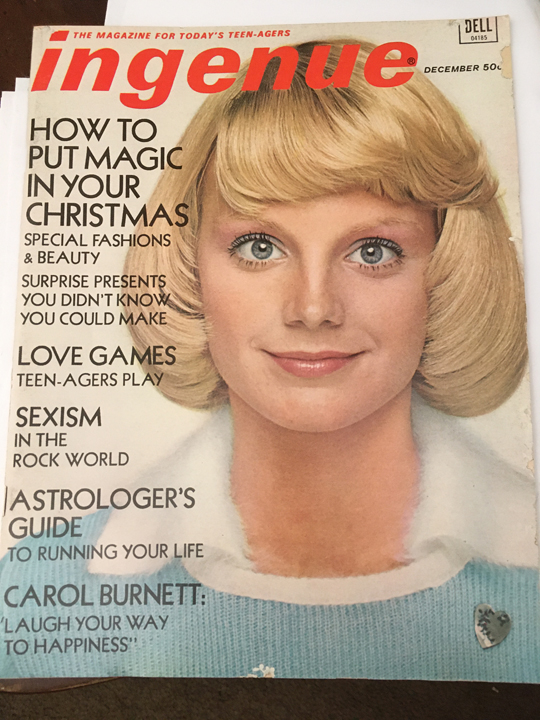 The earth trembled
And rocked with the rolling surge
Of a colicky ocean wave
And glass bottles vibrated
Like echoing bells
And books leaped from
The library’s rattling shelves.

I awoke
And registered the earthquake
On my personal Richter scale
And finding that it rated
Far below the atom bomb
And the combat in Vietnam
And a Communist invasion
And ghetto riots and pollution
And cancer and injustice,
I said a prayer for those
Who place nature’s hiccup
Above the unnatural cruelty
Of man’s human nature.

And then I went back to sleep.

I wrote this poem just after the 1971 Sylmar Earthquake. Since then, I’ve experienced the Whittier Quake in 1987 and the Northridge one in 1993. Recently I found yellowing copies of Ingenue magazine in a box of papers I was sorting.

The magazine sent me a check for $5, which I spent on 10 copies of Ingenue at a local liquor store. When the clerk asked why I needed so many copies, I showed him my poem.

Ingenue magazine no longer exists, but the sentiment I expressed in the poem still reverberates in a state shaken by earthquakes and a society rocked by injustices.